Tavelmout BioFarm (B) Sdn Bhd, a Bruneian subsidiary of Tabérumo Corporation, has successfully constructed a new production facility  in Brunei Darussalam (here in after referred to as “Brunei”) to expand its production capacity and had conducted our Launching Ceremony on 22nd October 2019. 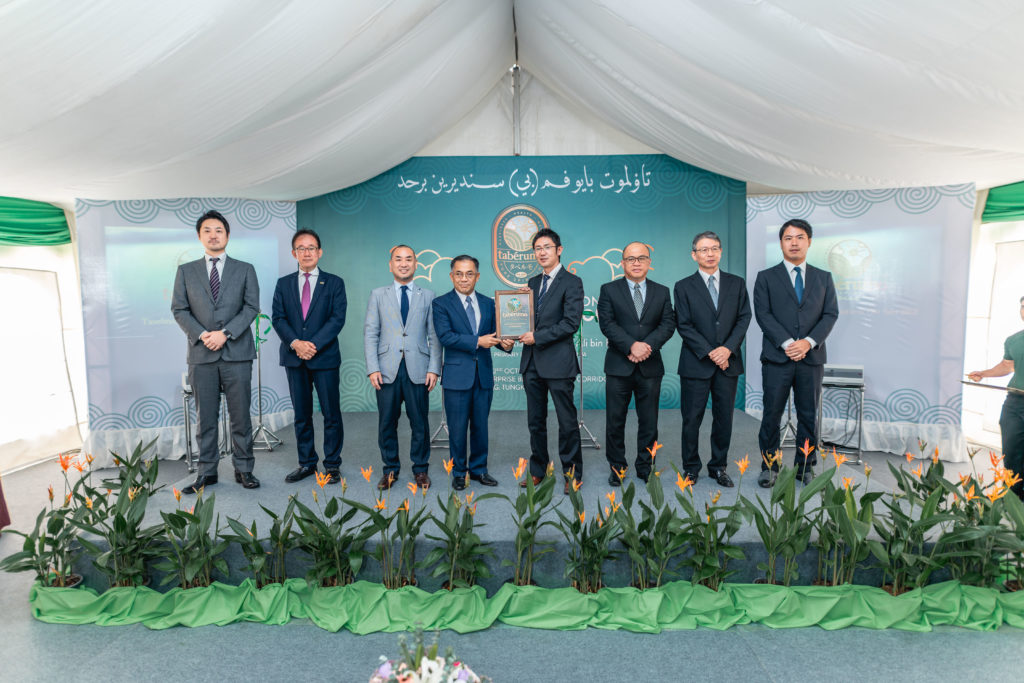 We were honoured to have  Minister of Primary Resources and Tourism, Yang Berhormat Dato Seri Setia Awang Haji Ali bin Apong as a guest of honour, and the attendance of many government officials to the ceremony. The event was covered by several media  including Brunei’s national broadcaster, Radio Television Brunei, who reported about this new industry being one of the solutions to diversify from oil and gas-dependent industry. 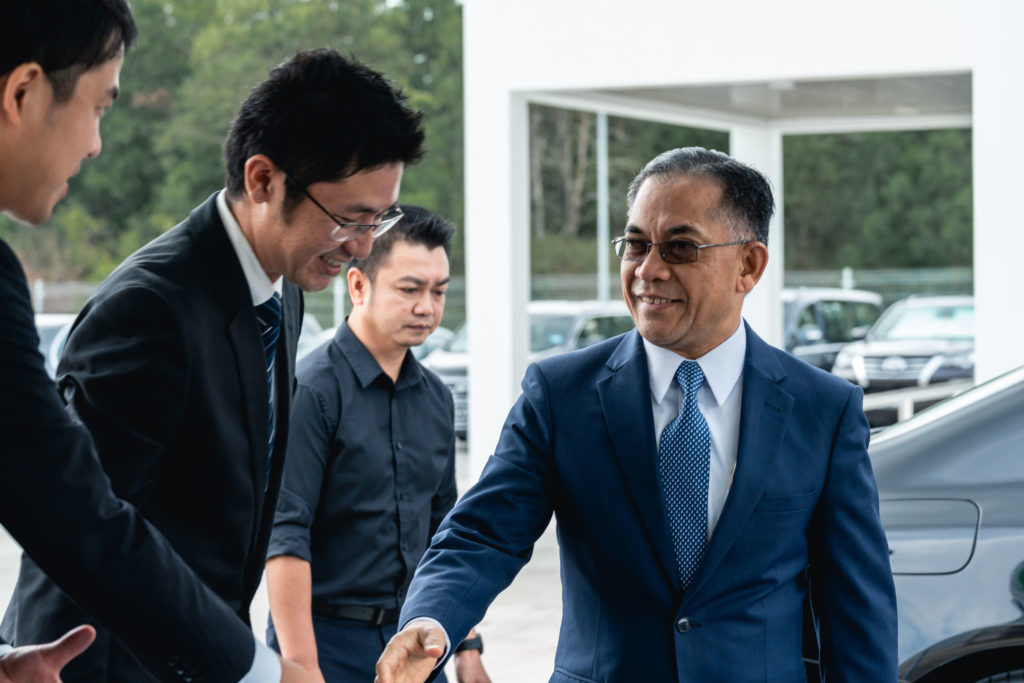 The event was also graced by the presence of the Ambassador of Japan to Brunei Darussalam, Mr Eiji Yamamoto, who gave a congratulatory speech. He said, “Tavelmout project will contribute to the diversification of the economy as it is a result of the best mix of Japan’s cutting-edge biotechnology and Brunei’s environment and climate for algae production,”.  Expressing his expectation on this project, he said, “Our countries have long standing business relations since 50 years ago, from the export of LNG to Japan to a number of business activities and Tavelmout is the most advanced type of business collaboration,”. 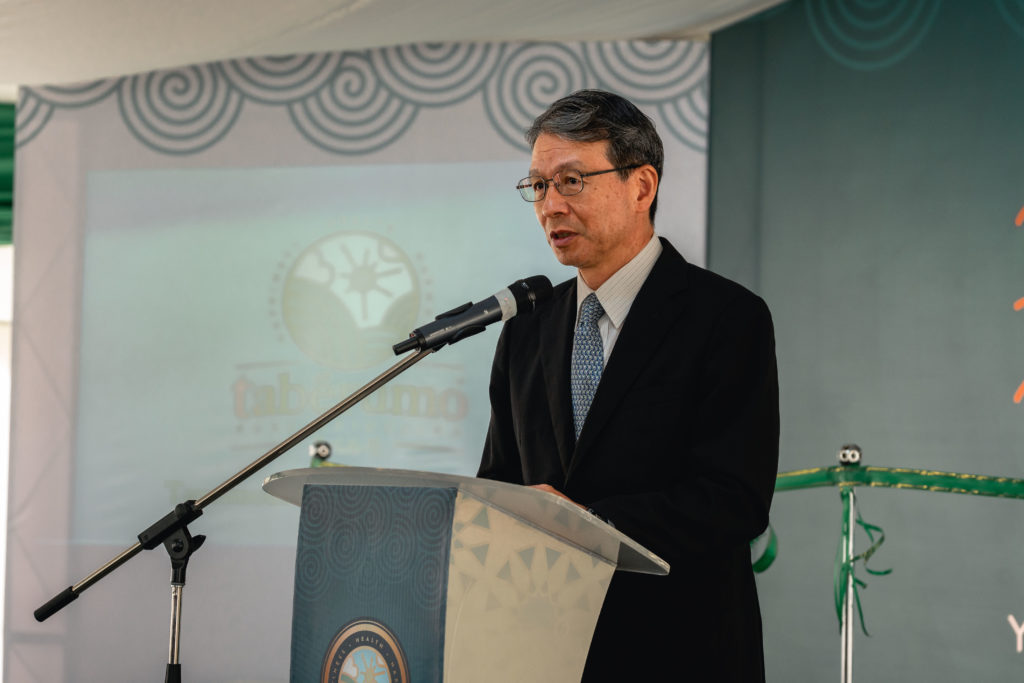 During the ceremony, our new ice flaked raw spirulina produced in that facility was also served for tasting. Most of the guests were delighted and surprised when they tasted Tabérumo’s odorless fresh taste.  The event was a success with more than 90 attendees. 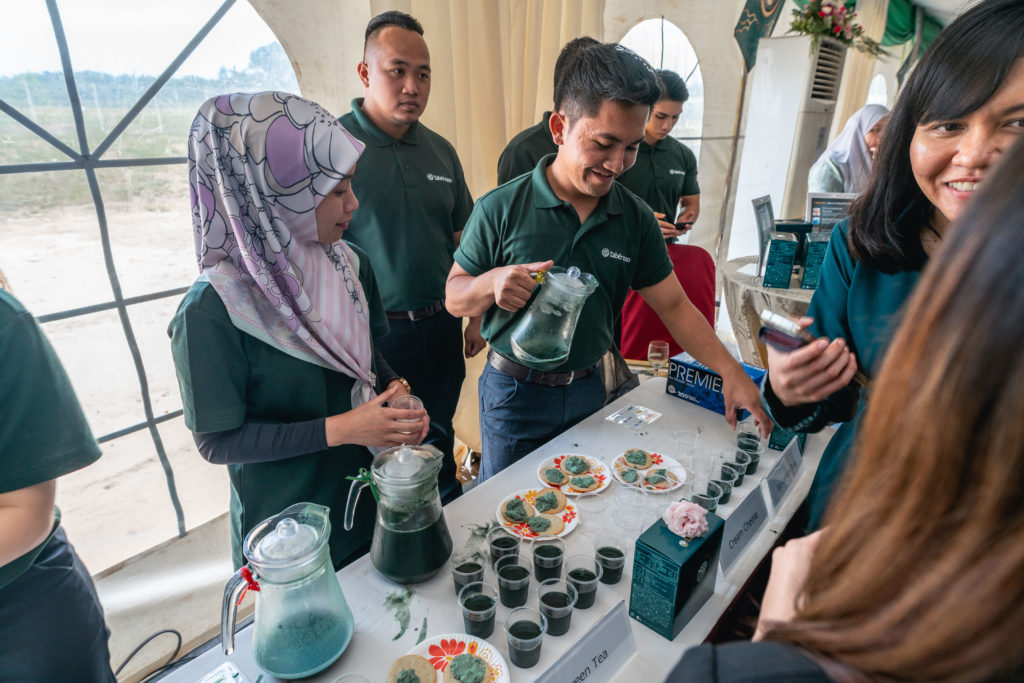 Tabérumo produced in the new facility will start its commercialisation in Japan by the end of this year. 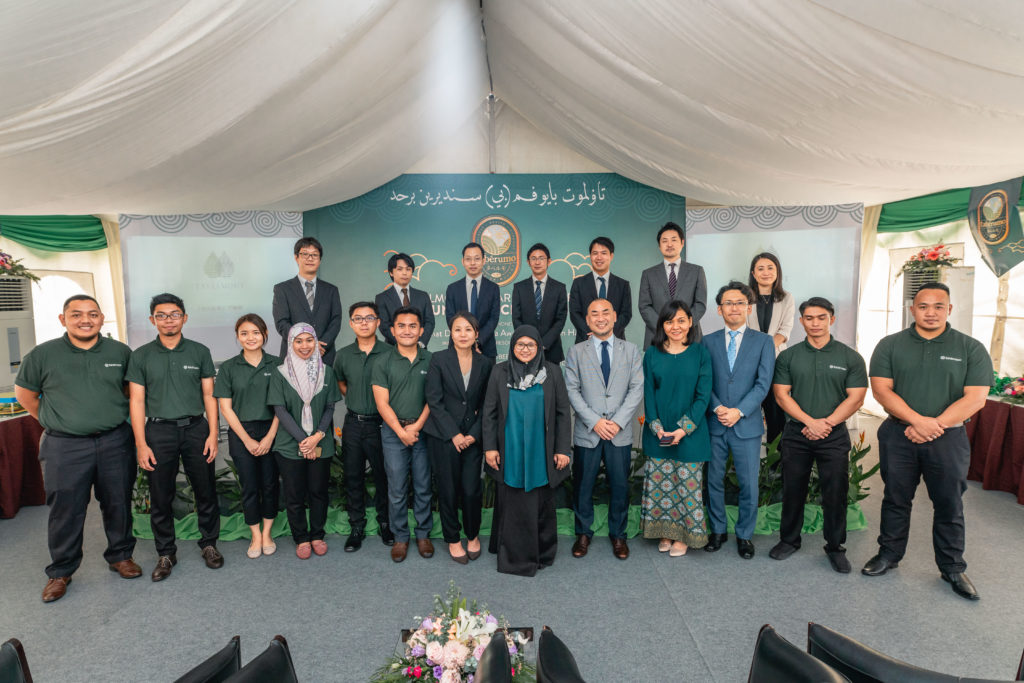