The R&D on bio-fuel production technology has been supported by NEDO since 2012. In November 2013, stable cultivation of*Botryococcus , algae with exceptionally high growth rate, was successfully completed in a 100 square-meter open pond located in IHI’s Yokohama Works. Aside from stable cultivation, the strain has also been improved on features such as enlarged colony size and better floating performance, which will ultimately reduce production costs.

The new 1,500 square-meter pond, one of the largest open ponds in Japan, will operate from 2015. The goal is to develop technologies to stabilize cultivation on a massive scale, and optimize the production process .The progress towards commercialization has also been made through exploration of sites for commercial cultivation in other countries. 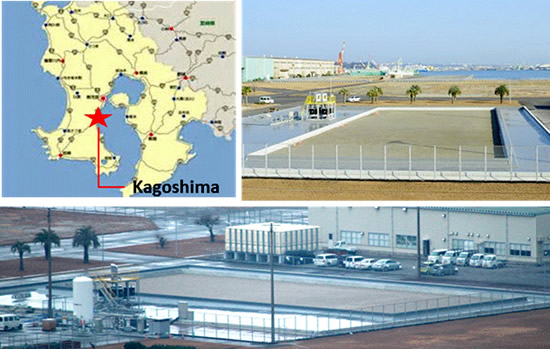