CHITOSE GROUP, a family of biotechnology companies, designed and supervised the largest microalga cultivation facility which is suitable to the tropical climate and established in the project jointly organized by Sarawak Biodiversity Centre (SBC) and Mitsubishi Corporation (MC)  in Sarawak, Malaysia.
The operation of the facility will be demonstrated on a ceremony arranged by SBC and MC on August 27th, 2019. 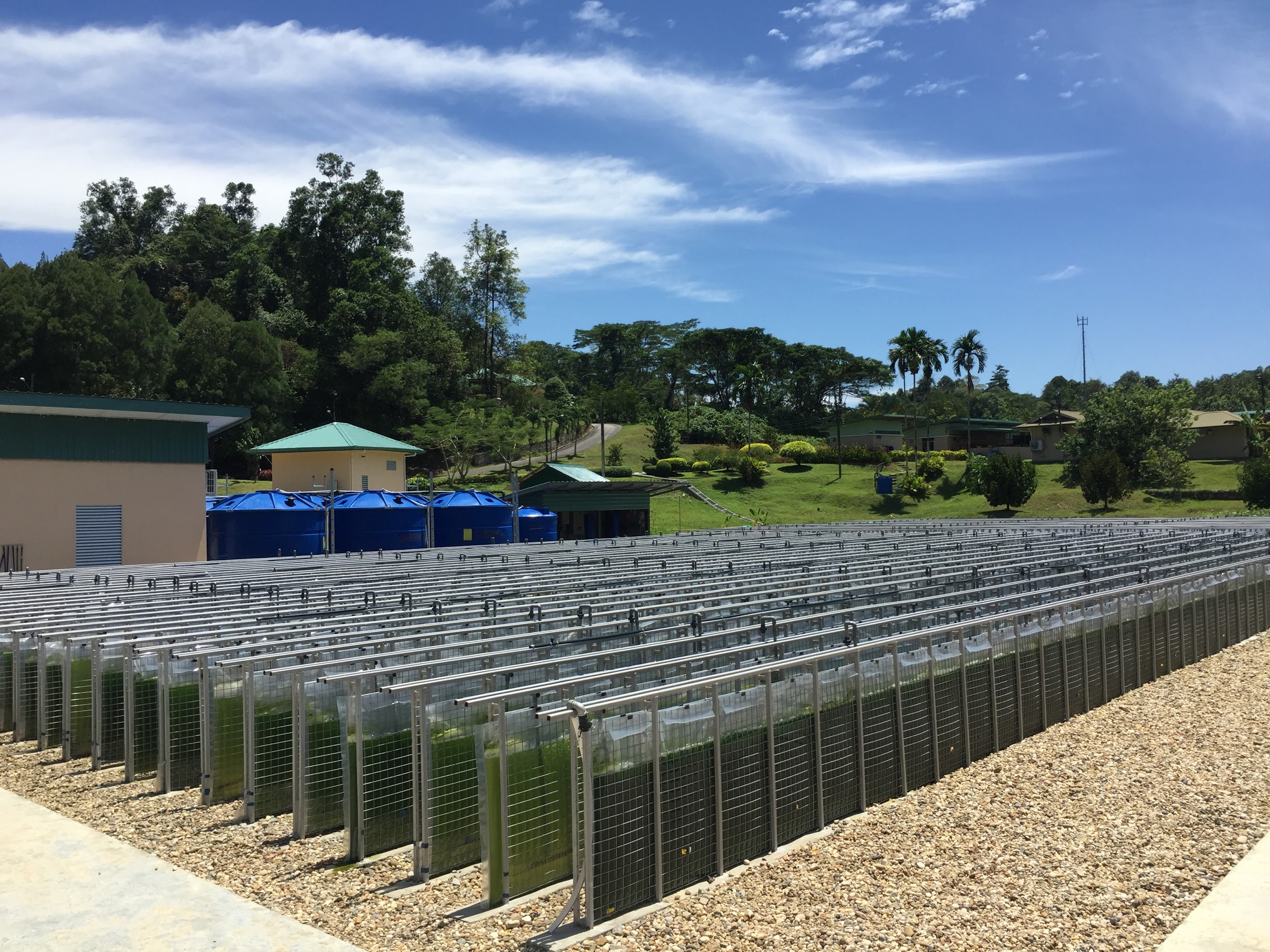 On 2012 October, SBC, a state research institute of Sarawak, Malaysia, and MC started a joint project aiming for collecting and utilizing local microalgal strains. As a technical adviser for MC, in 2013, CHITOSE GROUP has joined in this project in order to manage and support the project through providing technical consultation and supervision to local SBC researchers both on and off sites.

The facility CHITOSE GROUP designed and supervised is, unlike traditional pond/raceway types, a three-dimensional cultivation facility that is optimised for efficient cultivation of microalgae under tropical environment and is applicable to future scaling; the structure not only allows for the maximum utilization of sunlight, but for also scaling up using economical and locally procurable building materials. The construction was completed in November 2018. Since then, commissioning of the facility and the preliminary demonstration of the continuous cultivation were performed, and the technical feasibility for the commercialization of this technology was confirmed. In addition, microalgal biomass cultivated and harvested from this facility has been successfully applied to the local commercial production of shrimp as feed and water conditioner.

In order to improve the sustainability of our society, the dependence on fossil resources needs to be minimized and that on recyclable biomass needs to be increased. As such, establishing the sustainable and economic mass-production of biomass is quite essential. In this context, nations in tropical region mostly under the equator are gathering attentions as future biomass suppliers with the moderate and stable temperature and abundant sunlight best for primary production. Further, due to its high productivity, minimum requirement of fresh water use, and wide applicability to different products compared to traditional agricultural crops, the production of microalgal biomass is emerging and highly expected to be applied in various commercial applications among the nations as the biggest candidate for the replacement of fossil resources.

CHITOSE GROUP devotes sustained efforts to develop microalgae industry through advancement of scale-up technologies, improvement of cultivation efficiency, and lowering production cost, and thus, the sustainable society in the future. 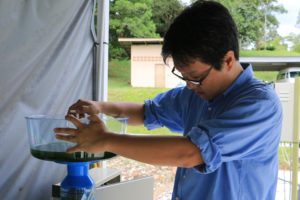 Takanori Hoshino (General Manager, Algae Utilization Division) :
Palm plantations that spreads to the horizon in South East Asia, Corn fields and blue sky that fill up the the entire car windows in North America. Compared to them, the facility we established this time is significantly smaller. The facility is yet one of the largest for this type, and the experience we earn through the operation, if you allow my big-mouth, is a treasure of humanity.

Through the actual operation, “eye-balling” the culture turning into deep green just a day after the harvest, gathering the big quantity of biomass I have never even seen and touched in the laboratory, and meeting increasing people who desires to try our productions, I feel more and more confidence and, of course, responsibility on this technology and project than ever before I feel it like a big stone started rolling down on a long hill.

While giving my best gratitude to SBC and Chitose researchers working outdoor on the site everyday and  members of Mitsubishi Corporation and SBC that constantly supported the project as the main members of this project, I want to encourage myself to do my best for coming commercialization with more support than ever.

Producing biomass more and more, eating what we want more and more, consuming  as much energy as we want, then still very sustainable. A society where no one need to fight for a piece of an existing small and limited pie, and we all have enough pieces in our hand from a larger and unlimited pie (increase the total amount of primary production of biomass). Honestly, isn’t that what you really want? 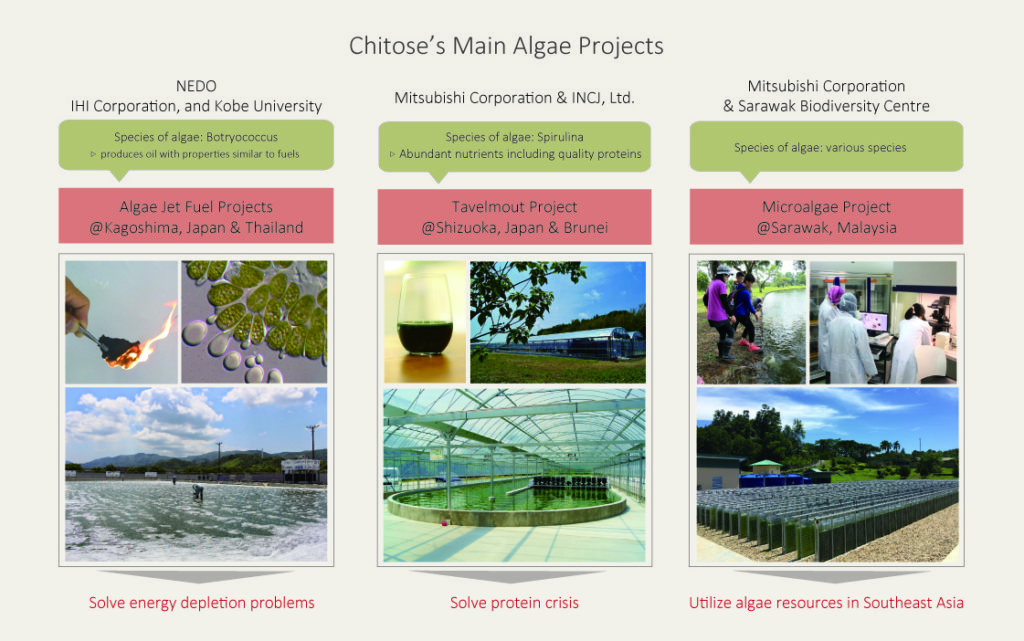 ＜About CHITOSE GROUP＞
https://chitose-bio.com/
A group of biotechnology startups (11 in total as of the end of August 2019) that mainly operates in Japan and Southeast Asia) in order to leave humankind a prosperous environment to live for over thousand years. CHITOSE GROUP is creating new values in the fields of agriculture, medical, food, energy, chemistry and others through “Technology development capabilities in the biotechnology field by constantly promoting economic rationality” and “Business development capabilities for drawing a path forwards commercialization by understanding the essence and limitations of biotechnology”.